Æon is a simply structured electro-house track, using complex synthesis sounds coming mainly from two custom G2X modular patches. A nice blend of chill in the back and punch in the front sharing sound elements with Voyager 1. This track was first released for the Sound of SceneSat Vol. 2 compilation. Thanks to Ziphoid of SceneSat Radio for inviting me again !

Oh and… you may here soon a new remix of this track soon… and not from me !
END_OF_DOCUMENT_TOKEN_TO_BE_REPLACED

This downtempo track was my contribution to the “Sound Of SceneSat Volume 1” compilation from SceneSat Radio. This track was inspired by the classical ambient dub tracks I love and used to listen a lot in the 90s. With the time it became one of my favourites. Most of the sound sources are hardware, the G2X providing the background noise and ambiance, the Virus for the CS80’ish sound, pads from the Wavestation, arpeggios from the DX11 (still can get usefull stuff out of this one too), even a little guitar in the break. Sometimes everything just fall right into place, making a perfect blend out of simplicity.
END_OF_DOCUMENT_TOKEN_TO_BE_REPLACED

After a little leave I’m be back with a new show and new releases ! Let’s not start this spring in a rush and enjoy a nice downtempo saturday instead ! Tune in on SceneSat

A new year, a new month, a new level, a new style! This month I am going to shake those speakers with epileptic drums beats and killer bass for your sub pleasure!

This time, it’s going to be all about house music! I prepared a pretty mad SceneSat playlist that I’ll be mixing for you with a tiny little dose of chatter 🙂 All about the music! Spread the word and be there!
If you have any requests, I can still add some into the mix if you write them to me in the SceneSat forums. Sorry, no live requests, you’ll have plenty of time to play with the requester right after the show 🙂
Tune in on 2010-12-19 @ 20:00 CET (14:00 EST) at http://scenesat.com

A first in this new SceneSat series where I’ll be presenting my personal selection of the best tracks from SceneSat and net labels around the web. For this first level, focus on PsyTrance! 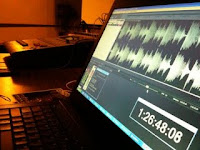 If you are interested in downloading the full set, head up to http://scenesat.com/archive and get the set in the list. If you want to listen and skip thru the stream while watching the EFNet chatter, head to http://re-live.se/ (Java Req.) select SceneSat Radio, then Hackfest, et voila!

Spread the word! If you liked what you had, tune in to SceneSat Radio for more Scene Music, make your requests or enjoy a new show!

I will be DJing at Hackfest Reloaded on november 7 for a DemoScene / Psy / Trance set. This set will also be aired on SceneSat Radio if you can’t attend the event. Get your ears ready for a blend of my favorite SceneSat and Ektoplazm tracks!

Voyager 1, my first release of the year is now leaving the exclusive orbit of SceneSat and is now available for download. Enjoy. Thanks again to SceneSat for adding this to their compilation and to everyone for their kind words on the launch day.

The people behind SceneSat Radio had a dream. A dream to bring the awesome music of the scene to a wider audience, a dream to show those who claim that all those hours in front of a computer never amounted to anything that out of those grueling hours came not only careers and carpal tunnel syndromes but beauty… and now that dream has come true.

The SceneSat team has brought together some of the most brilliant arrangers and composers of the scene to create a compilation which will show the multi-faceted world of scene music, to celebrate the launch of the station and to show people what they can expect from the scene today and in the future.

The compilation was aired live during the launch show on SceneSat Radio on February 7th and will be available for download starting March 1st, 2009.

Thanks to Niyaz (Official Site) for letting me be part of their journey as a Knobcult backup at the beginning of this year and to KEXP for being such welcoming hosts for this live performance in their studios. Enjoy! ... See MoreSee Less

😬 Feat not, The Triptych Triangle is about to get completed ! 3 lasts tracks done and ready for mastering... just need to finish that damn mixing room 😰. Here's a little session preview featuring a little Geiss inspired/tribute bass line 😊 ... See MoreSee Less

My view right now... building in progress, be back soon ! ... See MoreSee Less

From a simple idea to Composing, Sound Design, Arr

Over a year in development, countless hours of work with AI scientists, musicians, computer scientists, and fans who helped us with beta testing... We are so proud to announce AiMi! http://aimi.fm.

Find out what goes on in the studio with @jeanmicheljarre's synthesist, Stephane Gervais. WATCH: https://buff.ly/2sD3nV2

With my two partners in crime, every night with me on stage in Cantabria, Spain 🇪🇸… https://www.instagram.com/p/BTirXsID83w/